Part 2:Food for your soul

Food for your soul
Raymond, IT Engineer, 20s

The first time we met Raymond Wu was early spring in 2018. We had heard that Japanese celebrity chef and actor Mokomichi was gaining popularity, spurring interest in cooking among young men in Taiwan. Wanting to learn more about this craze, we asked our local friend in Taiwan to introduce us to someone who was keen on cooking.

Our subject for the day Raymond cut his teeth in IT industry, the booming sector of Taiwan, and built a career as a successful IT Engineer. Still in his 20s, when we first met, Raymond was still high from his recent promotion. We grilled him with some not-so-subtle questions. “Do you know about cast ironware? Have you used it? What kind of food do you usually cook?” 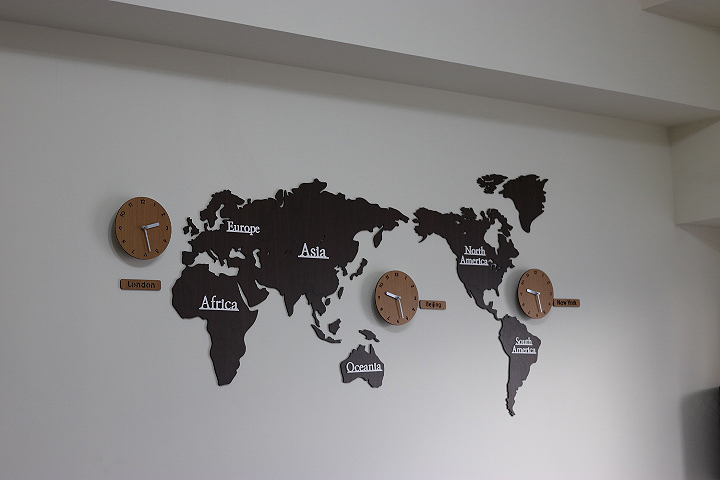 “You must be pretty busy with work. When do you find time to cook?”

Too busy with work during the week, Raymond only cooks on weekends. Cooking is a passion that allows him to forget the stress and troubles of daily life. As we talked, he revealed “I don’t go back to my parents’ house very often, but when I do, I cook for my father.”

Now living with a roommate in Taoyuan, every few months Raymond makes the trip to his hometown to visit his father. As for myself, I moved out of home after university, and despite living in the same city as my parents, I still only visited them a couple of times a year. My parents sometimes prepared my favorite dishes on the rare occasions I was home, but I never even thought of stepping in the kitchen to cook something for them.

“I cook for my father.” A year after our first meeting, I still couldn’t get those words out of my head. Wanting to learn more, we decided to visit Raymond again. As always, he welcomed us into his home with a smile. Typical of an IT worker, his medium sized apartment was tidy, clean, and filled with smart AI appliances. The conversation turned once again to his precious family. 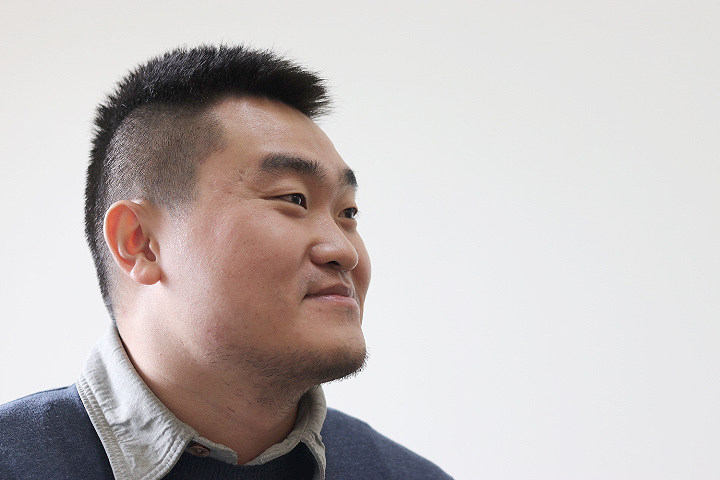 “My parents were very close to each other.” Raymond clearly remembers them standing in the kitchen together.

Raymond lost his mother in an accident when he was in the third grade of elementary school. His grandmother stepped in to help his grief-stricken father raise the three fast growing brothers. His empathetic teacher also offered support. But even so, “Everything changes to drastically and suddenly.” For a long time, he couldn’t understand the actions of his father, who became estranged after losing his wife.

Strangely enough, it was a chance accident his father suffered while working as an electrical engineer that brought the two together again. Raymond had just turned 22 when the accident left his father hospitalized. While his two brothers were both busy working, Raymond was in the middle of military service after graduating from university and could manage to take a week off.

“During the week I was with my father in hospital, we talked about a lot of deep things.” That was the key to repairing their relationship.

Knowing Raymond is a keen cook, we had asked beforehand if he could prepare us something that typified his father. Expecting either his father’s favorite dish, or something Raymond often cooks for him, we were surprised when he said, “It’s my first time to cook this, so I called my father yesterday asking for advice.”

This was when his mother was still alive. His gradfather ran a farm. After his gradfather decided to close the farm, they had a chance to eat beef for the first time. For farmers and farmers’ families, there is a long-standing tradition of not eating the animals that they work with. “I couldn’t believe anything could taste that good!” a wide-eyed Raymond recounts charmingly. 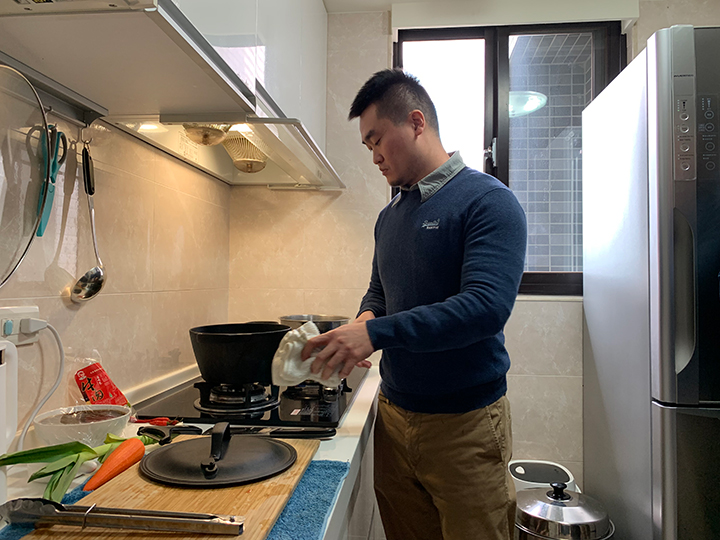 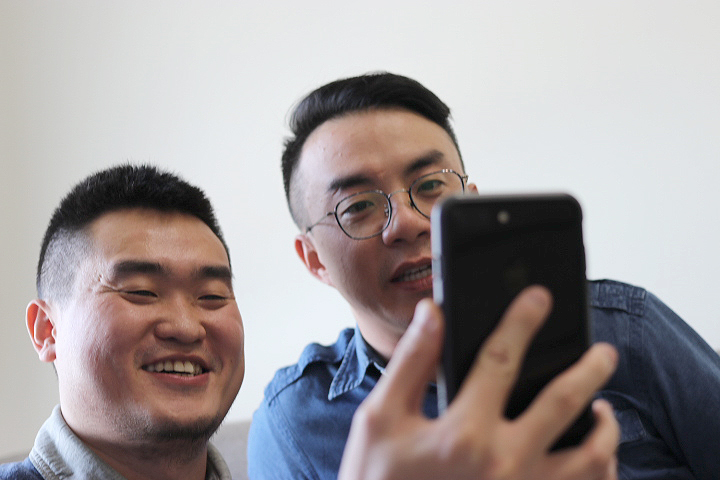 Raymond’s father reluctantly agrees to have his photo taken via phone. 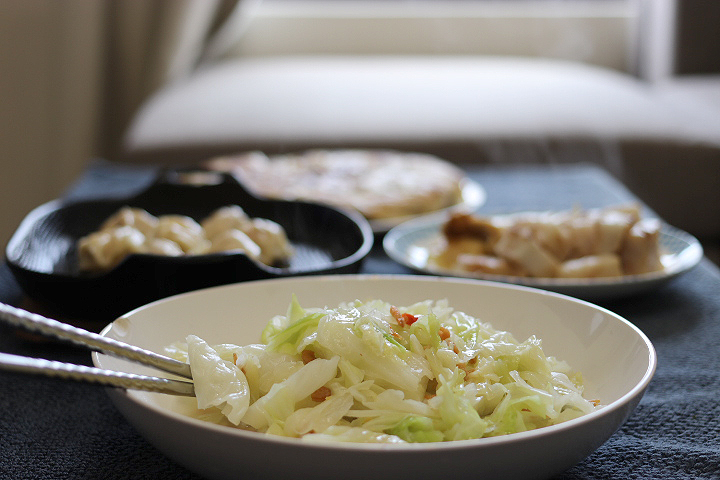 Raymond picked up cooking from helping his mother when he was still little. After his mother’s accident, his skilled grandmother taught him how to cook. Now he enjoys preparing dishes with his father, who is also a keen cook. Aside from Taiwanese beef stew “dun niu rou,” he also whipped us up some delicious sitr-fried cabbage “chao gao li cai.” For a third dish, he fried some frozen dumplings in his usual frying pan. This was our chance to promote OIGEN’s ironware!

“Why don’t you try the grill plate we left last time?” Raymond was a little hesitant to use the unfamiliar plate, so OIGEN’s president decided to show him how it’s done. 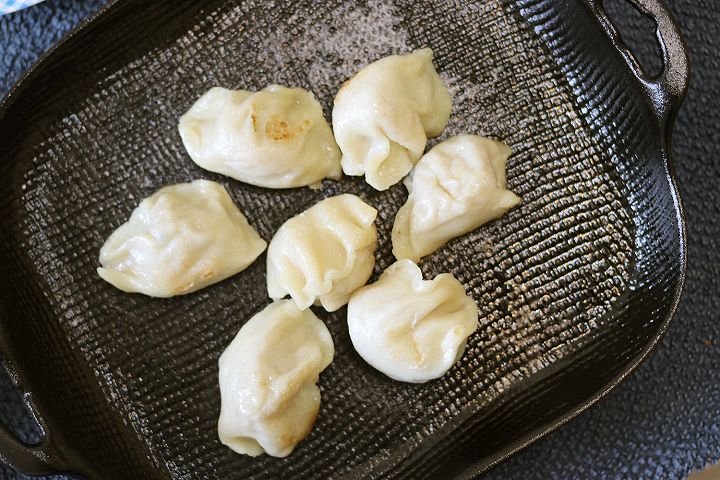 Comparing the dumpling to ones fried in a regular frying pan, Raymond was taken aback. “The skin is so nice and chewie!” “Of course!” our president responded proudly. 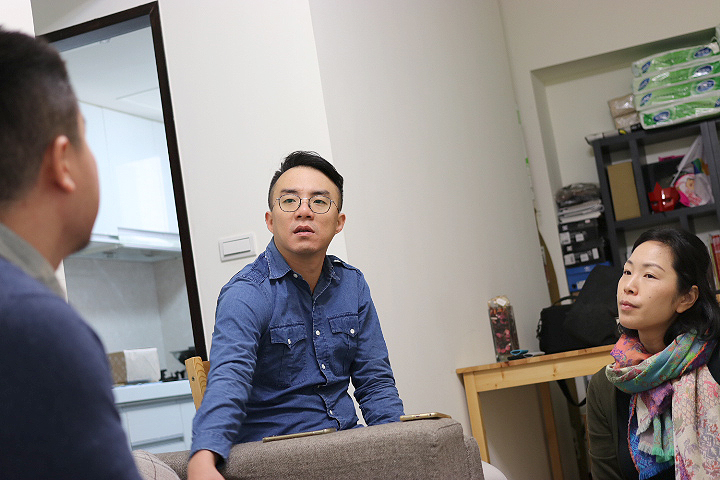 Reaching the age your parents were when they had children, you begin to understand some things that weren’t oblivious to as a child. While you’ll never understand everything your parents went through, you can still try, and feel like you understand. The conversation with Raymond had me realize that a dish shared by a parent and child is sure to warm the heat no matter what happened. 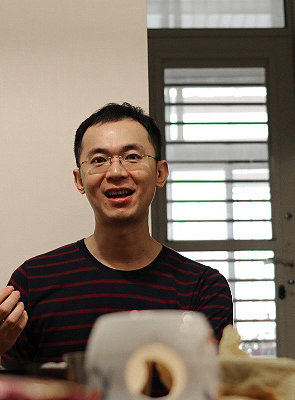 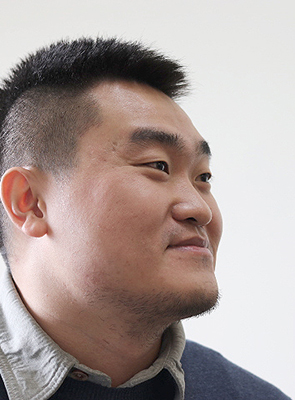 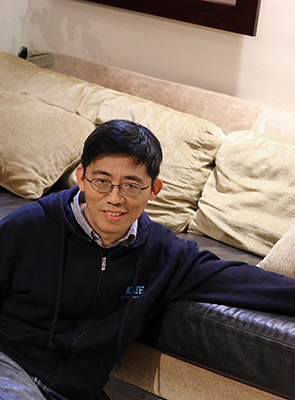